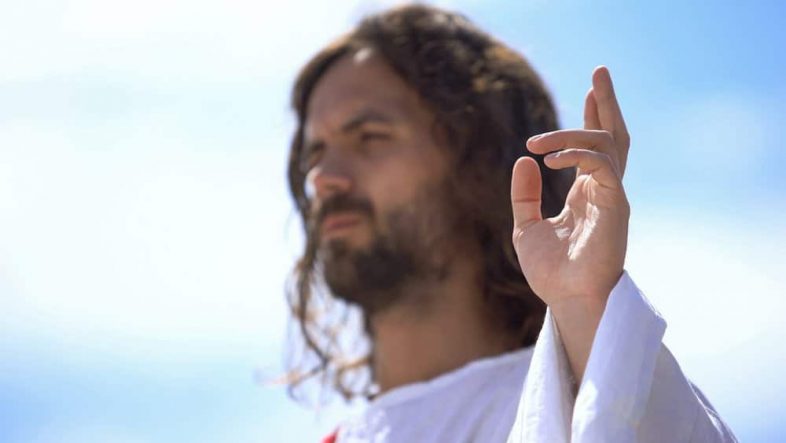 Jesus, the Sadducees, and the Resurrection

This Gospel rosary reflection contains the encounter of Jesus with the Sadducees, who question him about the resurrection.

The Sadducees quote a levirate law of marriage attributed to Moses. Jesus challenges their naive understanding of life after death by revealing a glimpse of what awaits in the coming age – people will no longer die and become like angels.

The Rosary Reflection contains the verses of the account in Chapter 20 of the Gospel of Luke. The full passage may be found in Luke 20:27-38

When you pray the five decades of this Rosary Reflection, use these five moments from the Gospel. Read the Gospel verses for each decade and let the words sink in as you pray that decade.

First Decade:   The Sadducees Question Jesus about the Resurrection (Luke 20:27-28)

Some Sadducees, those who deny there is a resurrection, came forward and put this question to Jesus, saying, “Teacher, Moses wrote for us, ‘If someone brother dies leaving a wife but not child, his brother must take the wife and raise up descendants for his brother.”

Second Decade: The Case of the Seven Childless Brothers (Luke 20:29-33)

“Now there were seven brothers; the first married a woman but died childless. Then second and the third married her, and likewise all the seven died childless. Finally the woman also died. Now at the resurrection whose wife will that woman be? For all seven had been married to her.”

Third Decade: Jesus Explains Marriage in the Resurrection of the Dead (Luke 20:34-35)

Jesus said to them, “The children of this age marry and remarry; but those who are deemed worthy to attain to the coming age and to the resurrection of the dead neither marry nor are given in marriage.”

“They can no longer die, for they are like angels; and they are the children of God because they are the ones who will rise.”

“That the dead will rise even Moses made known in the passage about the bush, when called ‘Lord” the God of Abraham, the God of Isaac, and the God of Jacob; and he is not God of the dead, but of the living, for to him all are alive.”

These Gospel verses reflect the new teaching of Jesus about life after death. Unlike the Sadducees who believed those who died stayed dead, Jesus reveals that their ancestors in faith, Moses, Abraham, Isaac, and Jacob, were alive to God.

As a follower of Jesus, and a child of God, you can accept Jesus’ words that his God and Father is the God of the living, and to God all are alive. Mary is among the living in the fullness of God’s presence. Her prayers are with you now and at the hour of death – in this life, asking that you will be alive to God and with her in the age to come.

What to Pray For

Feel free to pray the rosary using these Scripture verses for a deeper hope in God’s promise of new life beyond physical death.

When This Gospel Appears

Luke’s Gospel account in the Gospel reading on the Thirty Second Sunday of Ordinary Time, in Cycle C of the Lectionary. The latest appearance is November 13, 2022. 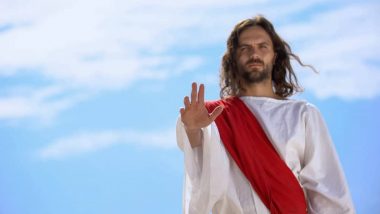 Healings of Jesus Words of Jesus 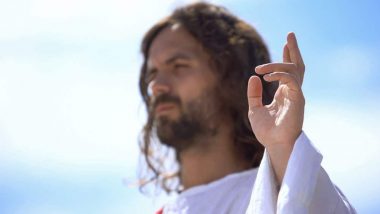 This site uses Akismet to reduce spam. Learn how your comment data is processed.

Latest Decade of the Day

This website uses cookies to improve your experience while you navigate through the website. Out of these, the cookies that are categorized as necessary are stored on your browser as they are essential for the working of basic functionalities of the website. We also use third-party cookies that help us analyze and understand how you use this website. These cookies will be stored in your browser only with your consent. You also have the option to opt-out of these cookies. But opting out of some of these cookies may affect your browsing experience.
Necessary Always Enabled
Necessary cookies are absolutely essential for the website to function properly. This category only includes cookies that ensures basic functionalities and security features of the website. These cookies do not store any personal information.
Non-necessary
Any cookies that may not be particularly necessary for the website to function and is used specifically to collect user personal data via analytics, ads, other embedded contents are termed as non-necessary cookies. It is mandatory to procure user consent prior to running these cookies on your website.
SAVE & ACCEPT